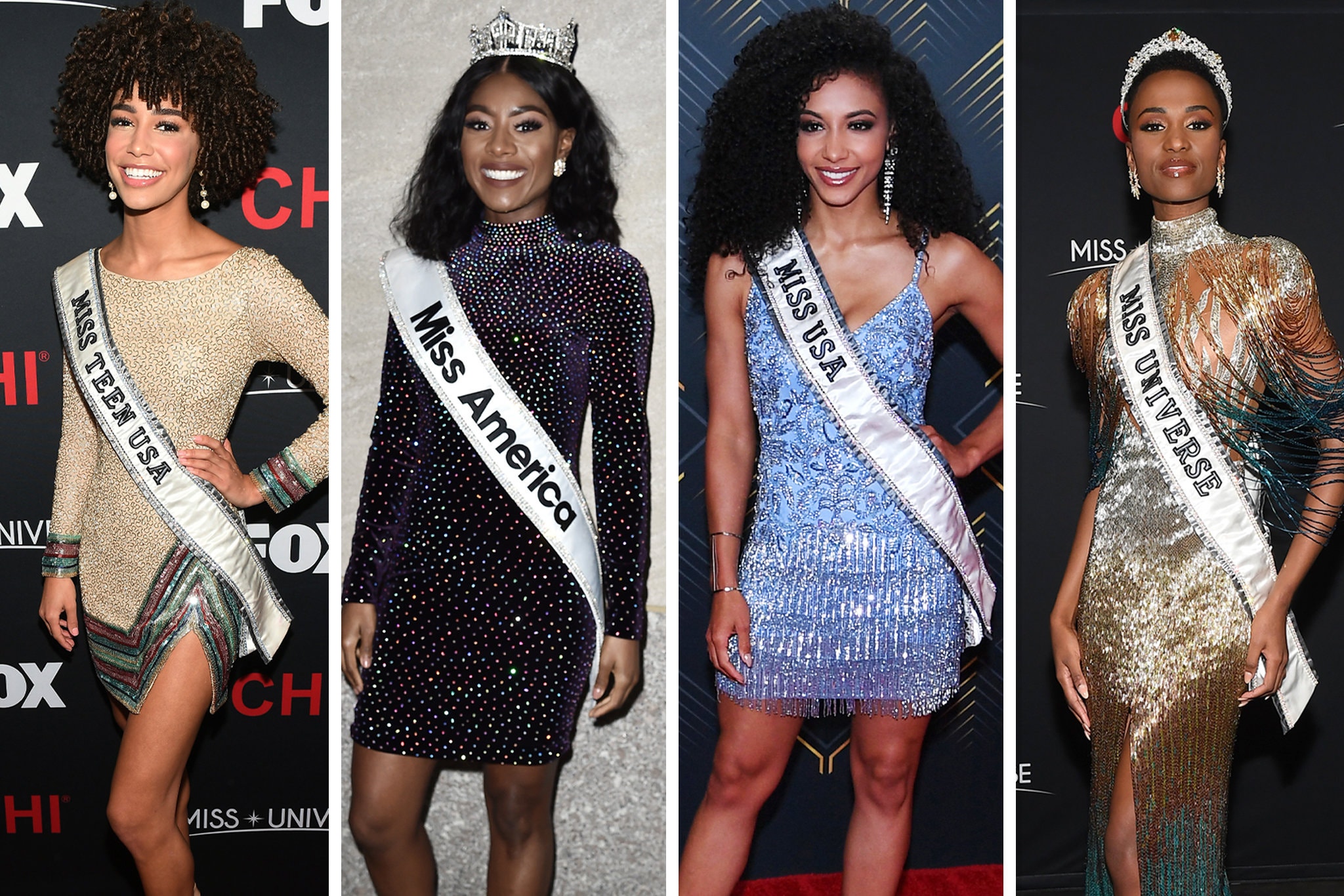 When Zozibini Tunzi of South Africa was named Miss Universe on Sunday, her crowning signified a milestone: the first year that four of the major beauty pageants had simultaneously awarded the top prize to a black woman.

Pageants have long been criticized for their antiquated beauty standards and, in many cases, outright racism or gender stereotyping. Last year, the Miss America Organization announced it would scrap both the swimsuit and evening gown portions of the competition. And while black women have been winners in the past — notably Vanessa Williams, who in 1984 was the first black woman to be named Miss America — they have never been as successful as this year.

“Finally the universe is giving value to black skin,” read an Instagram post from Leila Lopes, a former Miss Angola who was crowned Miss Universe in 2011. Oprah also praised Ms. Tunzi for her leadership. But perhaps the new Miss Universe put it best in her closing address on Sunday night.

“I grew up in a world where a woman who looks like me, with my kind of skin and my kind of hair, was never considered beautiful,” she told the rapt crowd. “I think it is time that stops today. I want children to look at me and see my face. And I want them to see their faces reflected in mine.”

Hilary Levey Friedman, a visiting professor of education at Brown University who is writing a book about beauty pageants, said a new definition of what it means to be a pageant winner was being embraced in this era when questions of equality and inclusion are increasingly urgent.

“The idea of what we think is beautiful has expanded,” she said. “Skin color. Body type. Curly hair. If you look at all this year’s winners, they look like themselves.”

This is a far cry from 1968, when women protested outside the Miss America pageant in Atlantic City. Throwing girdles, bras and false eyelashes, they denounced the fact that the pageant had not had a black finalist since its inception in 1921. That night, black women participated in their own pageant several blocks away.

Saundra Williams was crowned Black Miss America at that event, telling The New York Times: “With my title, I can show black women that they too are beautiful, even though they have large noses and thick lips. There is a need to keep saying this over and over because for so long none of us believed it.”

Since then, pageant standards have slowly evolved, even as the events’ purpose has increasingly been called into question. Black women have also continued to remain severely underrepresented in corporate America and Congress.

Dr. Levey Friedman, who is white and whose mother, Pamela Eldred, was named Miss America for 1970, said that in researching her coming book, “Here She Comes: The Tarnished Reign of the Beauty Pageant in America,” she found that the number of women of color participating in beauty pageants was on the rise.

According to her research, few to no women of color were represented in the Miss USA pageant before the 1990s. Then Carole Gist won Miss USA in 1990, and Janel Bishop won Miss Teen USA in 1991. By the 2000s, Dr. Levey Friedman said, the number of contestants of color had risen to double digits each year. She said she expected the trend to continue.

“So many people have the stereotype that beauty queens are blond, have light eyes and a Barbie doll body,” she said. “Now you don’t have to look like Barbie. There are different versions of beauty and they are being accepted.”