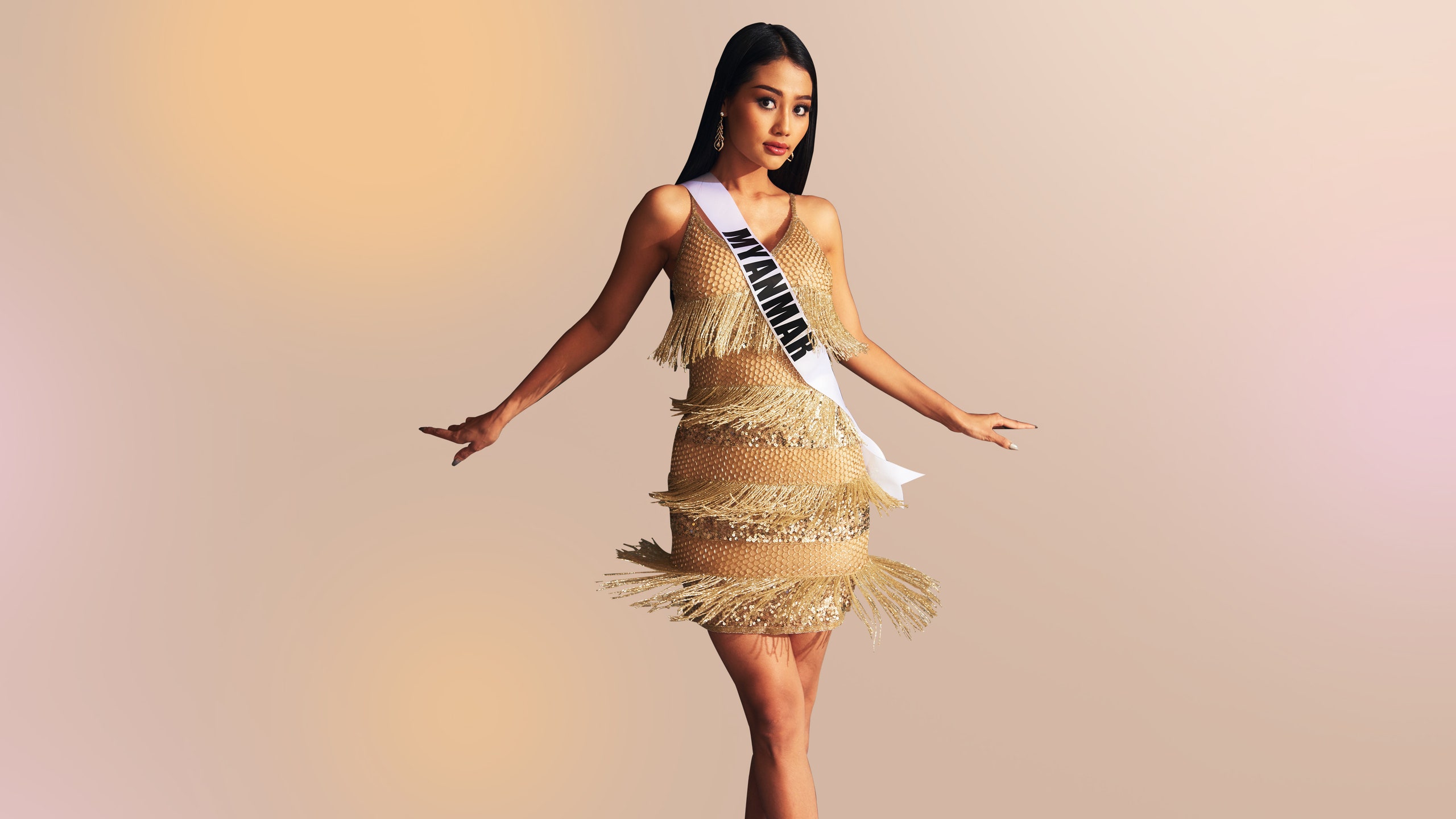 It’s taken 67 years, but when 90 beauty pageant hopefuls strut their stuff across the stage for the Miss Universe competition this Sunday, December 8th, they will be joined by the pageant’s first openly gay contestant—and it’s about time.

The pageant world isn’t especially known for its inclusivity. Contestants have historically been overwhelmingly thin, white and model tall. But times are changing. Last year Miss Universe had their first openly trans contestant and this year, for the first time ever, Miss America, Miss USA, and Miss Teen USA are all black women.

By being the first out gay woman in Miss Universe’s history, Miss Myanmar Swe Zin Htet is helping to write the next chapter in pageant representation. She’s also leaving a lasting and hopefully change-inducing mark in her own country, where same sex relationships are illegal. “A majority of people in Myanmar are not accepting of this,” Zin Htet says of her sexuality. “But my goal is to make them look at me and others that are like me just the same.”

According to the Myanmar Times, members of the LGBTQ+ community can still be prosecuted for being who they are and loving who they love. They are verbally teased and beaten, and being gay is, “punishable with a lengthy stint in prison.”

That’s what makes Zin Htet’s bravery so impressive. “LGBTQ people in Myanmar do not have equal rights and I want to change that,” she says of her decision to come out despite knowing it could create a backlash in the country she calls home. “I feel like if I am open about my sexuality others will open up, too.”

By choosing to come out on such a public stage, she is opening the door for increased inclusivity—while also putting herself at risk. Of course, coming out so publicly wasn’t easy. “This decision was a little bit difficult for me because I’m shy,” she said, recognizing that coming out would increase the public’s interest in her private life.

Zin Htet, whose fans have aptly nicknamed her Superman, didn’t let that stop her, though. After she was crowned Miss Myanmar, she realized it was time to be her whole self—both publicly and privately. “I thought it would help me more than hurt me by coming out as a lesbian and being true to who I am,” she says. Adding, “The LGBTQ community in Myanmar and across the world have been so supportive of me since coming out.”

So, it’s baby steps. In Myanmar, the pageant circuit, and the world as a whole.

Zin Htet hopes to use her platform to help another at-risk marginalized group: victims of child abuse. “Childhood rape is very common in my country,” she says. “My platform allows me to make sure that the people who are committing these crimes will be punished.”

UNICEF is working with Myanmar to address these issues, training judges and local police officers in how to respond to cases of child sexual abuse. But it’s a country where children are still very vulnerable, and Zin Htet wants to do everything in her power to change that. “I want perpetrators to be punished and for parents to be aware of the problem,” she explained. “But most importantly, I want to make sure people are more aware of this issue by spreading awareness across social media.”

If Zin Htet is crowned Miss Universe on Sunday, she will certainly be one step closer to achieving that goal. And she’d be making a real splash in the pageant world as the first openly gay winner to be crowned at that level.

Whether or not Miss Universe is ready for that remains to be seen. But crown or no crown, Zin Htet has no regrets about her decision to come out. “I feel like myself now that I’m open about being a lesbian,” she says. “I will work hard for the LGBTQ community to be accepted not only in my country, but across the world.”