'I thought you were still in Canada': Catriona gets heartwarming surprise from parents When she boarded her flight back home to the Philippines, little did Catriona Gray know that her parents had a similar idea.

The Miss Universe winner, in fact, admitted that she thought that they were still in Canada, especially since her mother had just messaged her and wished her luck for her show this Sunday evening.

But here they were, in person, in front of her.

Gray was nearly brought to tears when it was revealed to her that her parents had been waiting for their cue to come up to the stage.

It was an emotional start to her homecoming concert, dubbed "Raise Your Flag for Catriona Gray," which also featured several tributes to her, including one from the kids at the charity she worked with.

Asked for her message to her mom and dad, Gray said: "The reason I am who I am today is because of these two people."

"Ever since nung bata pa ako, no matter what I wanted to do, pursue, or my dreams are, they always said, 'We will support you. Will you always be behind you every step of the way," she added. 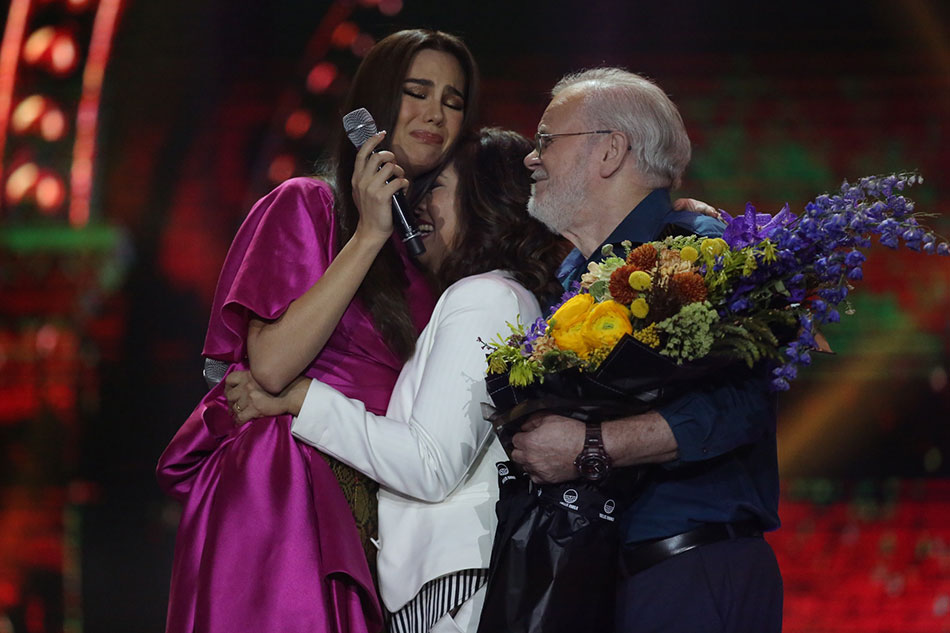